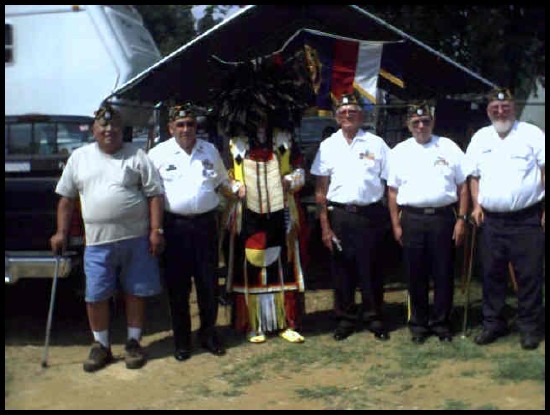 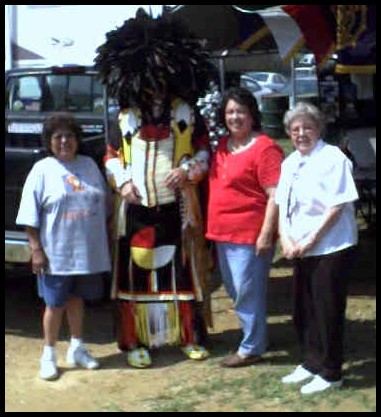 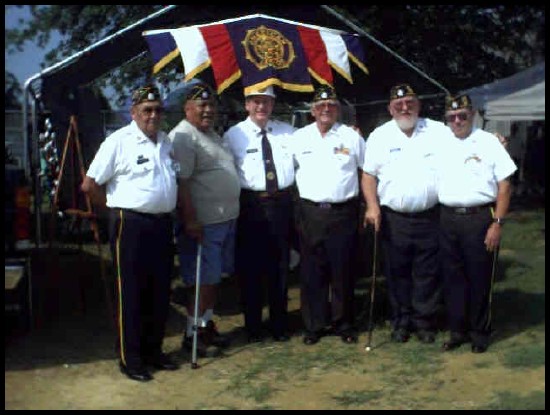 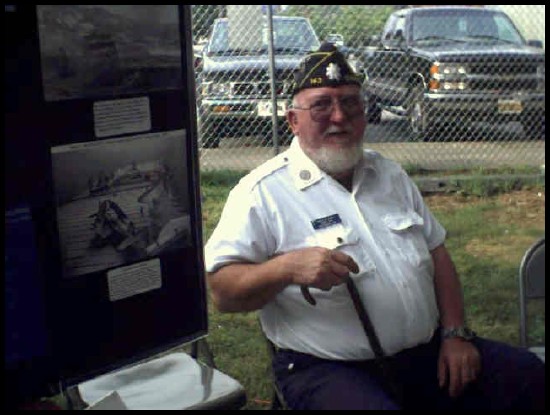 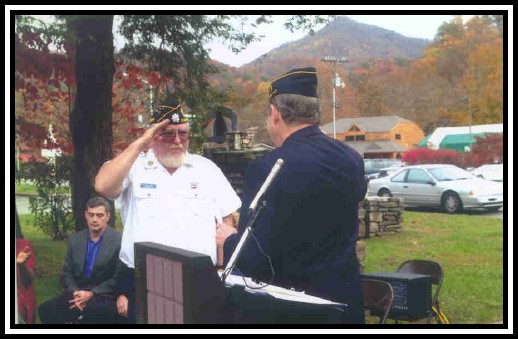 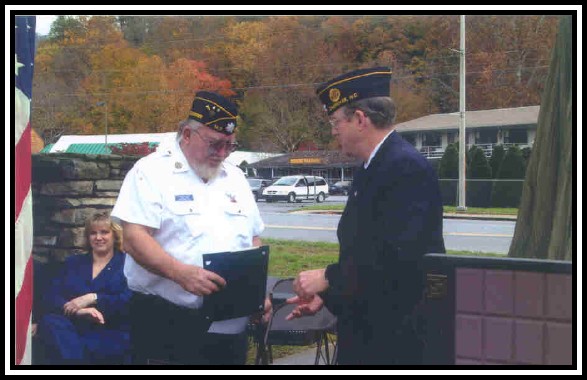 We just returned home from the regular monthly meeting of the Cherokee American Legion where I was given some pictures from the Veterans' Day ceremony last week. Unbeknownst to me until Angie showed me the ceremony schedule, I was given the Legionnaire of the Year Award. I was especially elated because this post didn't accept non American Native members not so long ago. I was surprised when they made me Post Adjutant two years ago. I guess they appreciate all the work I've done for the Post and the members. To me, these men are true American heroes - like (former chief of the Eastern Band of Cherokee) Robert Youngdeer who was a WWII US Marine Edson Raider. During the battle for Guadalcanal, Robert was shot through the neck and after six months recovering, he went right back to the Pacific Theater even though he was not allowed to volunteer in western NC because he was a Cherokee (there was that much prejudice against them) - he had to go out of state to sign up for the Marine Corps. Reuben Taylor fought in the Battle of the Bulge. Our commander, Lew Harding flew an A4E off the decks of the USS Intrepid and 179 combat missions over Vietnam. There are many more like them in our Post Membership who know the horrors of war. I am proud to know them all and call them my friends.